You are here: Home1 / About Meniscus

Meniscus recently secured a major equity investment to enable us to develop the potential for our Meniscus Analytics Platform (MAP) as a generic platform for delivering data analytics solutions for real-time and predictive applications. MAP provides the complete back-end solution to turning raw data into calculated metrics and is the culmination of over 14 years work developing web-based analytics software. All of this work has been focused around how we can ‘add value’ to existing data….and this is still our passion and is how we will deliver our ‘mission’ of Delivering Data Analytics to the Connected World. 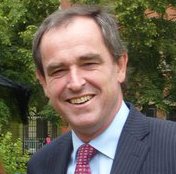 MAP was developed in 2014 with part funding from InnovateUK as a tool for delivering real-time Big Data Analytics. The fact that we secured funding from InnovateUK shows that the concepts we integrated into MAP are truly innovating and groundbreaking. MAP is built on the expertise and experience that we have gathered in developing our core Meniscus Calculation Engine (MCE) over the last 12 years. Whilst is applying the same principles of allowing users to configure their own calculations (to turn a raw dataset into a calculated dataset), it has a more flexible architecture and structure and uses a schemaless backend database.

MCE has itself gone through two major iterations. Initially developed in 2000 in C++, the original product IPMS was focused on the processing of daily information with users uploading data to the website through hand help Psion Workabout units. Even in 2000, all aspects of the system were web based and all hosted on our own servers. In 2008 after winning an ANUBIS competition, IPMS was upgraded with a real-time calculation ability and re-named the Meniscus Calculation Engine (MCE). In 2010 it was completely rebuilt using C# to deliver a much more powerful, flexible and robust solution. It is still completely web based and even easier to use following the development of the RESTful API.

The vision behind Meniscus of turning raw data into valuable information was the idea of the majority owner Mike Everest and developed whilst running a subsidiary of Anglian Water operating industrial wastewater treatment plant around the country. It was the Chemical Engineer in him that wanted to make use of all the data collected to identify problems early and to operate the sites more efficiently and at lower cost…and so the idea of automatically calculating performance metrics from operational data was born.

For those who want to know, the company name Meniscus has nothing to do with knees (the Meniscus is a major cartilage in the knee) but is to do with the interface between data and information. A meniscus is the curve in the upper surface of a liquid close to the surface of the container or another object, caused by surface tension.